A full day lift serviced mountain bike lift ticket is regularly $35.Mountain Sports Club members save $17.50 daily each time they use their discount coupons. Riding was never so affordable at an area. 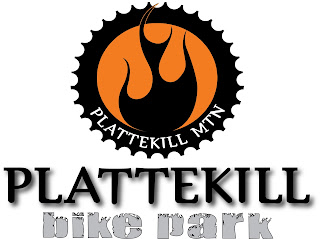 Posted by http://mountainsportsclub.blogspot.com/ at 12:06 PM 2 comments:

Loveland to Close Sunday for 2011.12 Ski and Snowboard Season

The unseasonably warm spring weather in Colorado combined with low snowfall has Loveland Ski Area now closing one week early. Loveland traditionally closes the first Sunday in May and often has lots of snow still left. This snow challenged year, for many Colorado resorts, combined with warm spring temps has the area close to Denver and the front range announcing this Sunday April 29, 2012, will be the last day.

Posted by http://mountainsportsclub.blogspot.com/ at 8:07 AM No comments:

2 for 1 Rafting coupons - Colorado and Utah

The start of the rafting and kayak season is kicking in across the Rockies. Mountain Sports Club members will enjoy discount coupons on raft trips with Adrift Adventures and River Runners in Colorado.

Each of these outfitters have years of experience running the rivers they service. River Runners has 2 locations - one in Buena Vista and another in Canon City. Many options on the Arkansas River as the water runs. There is currently a buy one get one half price coupon valid through June 15, 2012,on Sundays through Fridays. Use this discount coupon and save, up to a $43 value. 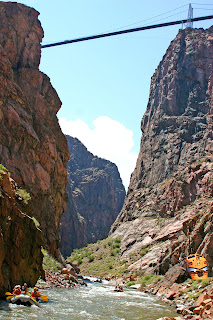 In Utah the spectacular trips are multi-day adventures and Adrift Adventures leads the way. Be sure to check out and use the 2 for 1 coupons and save big on this adventure. 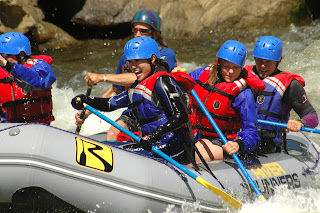 Posted by http://mountainsportsclub.blogspot.com/ at 2:20 PM No comments:

In Colorado we have the following resorts still open as we head deeper into April. This past weekend a new storm brought fresh snow to the mountains improving conditions.

Breckenridge is still open and celebrating their 50th Birthday with $50 lift tickets the next 2 weekends.

Loveland Ski area in Colorado just announced they will honor another resorts season pass for a $30 lift ticket the balance of the season. This is a $16 a day discount off the current $46 rate. Loveland will remain open till May 6.

Arapahoe Basin will stay open late into May and hopefully into June. Buy discount lift tickets in advance and save.

In Vermont we see our friends at Jay Peak are still operating. In addition to $35 adult tickets/$25 for juniors, they are offering a combo ticket including the Pump House Water Park access for only $60 adults and $40 juniors for the upcoming weekend.
Posted by http://mountainsportsclub.blogspot.com/ at 2:14 PM No comments:

Big Spring Snow for the Rockies

A powerful spring storm is going to drop up to a few feet of snow in parts of the Rockies as we head into this weekend.

These are several of the areas are still open and expecting great conditions this weekend.

Colorado
Loveland - Late season pricing in effect from $42 a day for lift tickets.
Copper Mountain - Music and many spring promotions during Sunsation and closing weekend
Arapahoe Basin - Buy discounted tickets in advance and save.
Breckenridge - Last weekend and live music with Toots and the Maytals and Rusted Root this closing weekend. Editors tip, stay high in the upper bowls and the snow will be still great.
Durango Mountain - Closing out the year this weekend. Check out the activities.

Utah
Brian Head - POWDER ALERT. Another 18 inches so far and more on the way. HUGE pow pow at Brain Head. Get the fat boards out and let her rip!!!

California
In Tahoe resorts are staying open due to the late snowfall. At Squaw Valley and Alpine Meadows you can pick up a lift ticket for only $50 when showing a season's pass at another area.

Posted by http://mountainsportsclub.blogspot.com/ at 1:46 PM No comments:

An early April storm just dumped over a foot of new snow in parts of New England. This is great news for the areas still operating. Jay Peak in Northern Vermont, is reporting fresh snow today with over a foot new and 18 trails opened, with it still snowing. At Killington Mountain Resort in Vermont, they are reporting over 18 inches of new snow and 36 trails open.

Over in Maine, Saddleback has reported 5 inches in the last 48 hours and will reopen Saturday April 14 with $39 lift tickets.
Posted by http://mountainsportsclub.blogspot.com/ at 9:30 AM No comments:

As the calendar moves to April more resorts have closed with the warmer temps. Here are closing dates for Colorado Ski Areas/Resorts

Get out and enjoy the great spring skiing.
Posted by http://mountainsportsclub.blogspot.com/ at 10:54 AM No comments: