50% off at Breckenridge & Keystone in Colorado

Now Spring skiers  and snowboarders can get 50% off vacation lodging in Breckenridge and Keystone Colorado (2 night minimum).  This offer starts now and continues to 4/30/12, with a book by date of 4/28/12.  Make sure to bring the sunscreen, it's supposed to be in the 50's and 60's for the next 10 days.

Posted by http://mountainsportsclub.blogspot.com/ at 11:43 AM No comments:

Resorts stay open and make snow in the East


Old man winter has presented challenges for many resorts this year especially certain parts of the country. Despite record warm temperatures last week that wrecked end of season schedules at most resorts some are putting up a good fight to prolong the season by making snow, extending their seasons, or offering free skiing and riding.

As most Eastern ski resorts are closing for the season in the wake of recent record warmth word is Sunday River, Sugarloaf, and Loon Mountain (run Michigan-based Boyne Resorts) are now making more snow to carry the season into April. Saddleback, Maine, is doing the same. As temperatures fell into the 20s these resorts turned on the guns as if it were December.

Saddleback is making snow on five trails, and is running lift tickets priced at $39 today. Passholders from other areas pay $29 if they bring their passes. And on Maine Day, Apr. 1, tickets are $29.

Waterville Valley, N.H., didn’t turn on the guns again, but it is offering free skiing and riding Mar. 26-Apr. 1 on the snow it already has. They have managed snow to ensure skiing and riding till the end barring more rain and extreme warm.

Vail Resorts' California resorts Heavenly and Kirkwood, in theLake Tahoe area, will extending their respective winter seasons with the recent big late-season storms. Heavenly was to close April 15. Now the resort will close during the weekdays, and re-open Friday through Sunday Apr. 20-22 and 27–29, weather and conditions permitting. Kirkwood will follow the same three-day weekend-only schedule, and operate for as long as conditions permit.

Posted by http://mountainsportsclub.blogspot.com/ at 12:58 PM No comments:

In New England these are some updates we have received on closings. Closed for the season are Magic, Bromley, Pico, Mad River Glen, Wachusett, Crotched, and Butternut, with Bolton Valley and Mount Snow announcing Wednesday that this weekend will be the final hurrah as well. In Southern NH we just got word Friday the 23rd will be the last day for Pats Peak. Further North there is still skiing at Jay Peak and great discounted lift tickets with Mountain Sports Club. Check out to see who is open and great deals on lift tickets in New Hampshire.

As the eastern areas melt there is still abundant snowfall throughout the west with new storms recently. Combined with mild temps it is peak spring skiing time. Locally in Colorado, Breckenridge just announced the will extend the season as part of extending their 50th birthday celebration. Breckenridge will open lifts and terrain at Peak 8 only, including the Imperial Express SuperChair, two additional weekends, Friday, Saturday and Sunday, April 20-22 and April 27-29, from 9 a.m. – 4 p.m. each day. In addition, the resort will have a special 50th season extension day ticket price of $50 for those without passes and free parking in the gondola lots. Lots of deals for spring skiing through the Chamber.

Copper Mountain is cranking with a great snow pack, discounted lift tickets and great music and events line-up. Most of the Colorado resorts have various concerts, pond skiing and spring activities scheduled through April.

In Utah, Canyons is also reporting a summit base of 82 inches and offering $20 off spring skiing with Mountain Sports Club discount coupons. Tahoe also just received another couple of feet of snow and Sierra at Tahoe discounts are good till season's end. Enjoy the warm days of spring skiing and riding and get your bikes tuned as that season is now upon us as well.

Posted by http://mountainsportsclub.blogspot.com/ at 9:20 AM No comments:

Recently at the SIA show in Denver where the snowsports industry gathers each winter we had the good fortune of being at the PSIA Booth where Peter Kray was signing autographed copies of his new book America Snow - The Snowsports Instruction Revolution, which is a history and great insight into the journey of American ski and snowboard instruction. 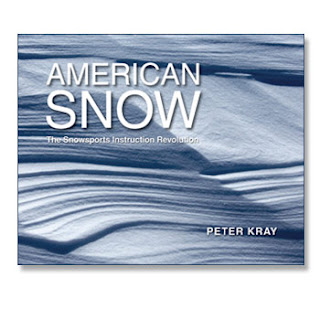 The book is a delightful read covering events, brands and the illustrious characters who have had a huge impact on snowsports in America and across the globe. At only $24.95 this is a must have book in your ski book collection. Buy now and enjoy while supporting PSIA.
Posted by http://mountainsportsclub.blogspot.com/ at 1:21 PM No comments:

The ways to stay in touch with our members and readers just keeps growing. As we endeavor to stay close and connected we want our readers, members and followers to have whatever option they prefer as available. Today we just added a Mountain Sports Club Google + page.
Posted by http://mountainsportsclub.blogspot.com/ at 11:20 AM No comments:

As the 2011.12 ski and snowboard season moves into March and the spring season Mountain Sports Club continues to offer great discounts on with 2 for 1's and more on lift tickets, lodging, shops and merchants across North America. Join now and save for the rest of this season and next season.

Still available is the premium Mountain Sports Club membership plus Free Lift ticket option - this is a choice of one day skiing or riding at one of 15 resorts for as low as $19.95, varies by resort, includes one full year of your premium membership plus a free lift ticket.  Note many of these tickets are also valid on holidays and all are valid weekends. We will mail you the reserved lift ticket one you select from those available:

For the spring we are still running some great promotional specials. Make sure to check out all the lift ticket discounts as we update new offers and add new resorts all season.

Several current promotions as we close the year for the Mountain Sports Club are:
Save 75% off the MSC premium membership at only $9.95 - use promotion code snow12. There are also a couple of bonus/combo offers for just a little bit more money where you can select a free lift ticket at select resort partners. have questions? Call us at 303.554.6555, we still answer phones.